When dealing with the Architecture of homes and Interior design, usually a group of designers along with the client need to come together and create, discuss and exchange ideas. These ideas and design permutations later give rise to the home that is designed by the architect and enjoyed by the client.

What if there is an architect or a designer who are building their own homes…?

This equation would negate the need for an interaction with the client and the designer, this may in turn save some time, for the fact that all opinions that are to create this house are univocal.

So what happens when an architect designs his own home?

They get to design everything, including the plans, the materials, finishes, colors as well as the design in its entirety. Free of the restrictions and limitations of clients; this is what some of the most famous architects came up with.

Here are a few self-designed homes of some unique designers:

In 1889, Frank completed the construction of a small residence in Oak Park on the western part of Chicago. This building is two storeys high and was to be the family residence of the then young architect. This home being his very own; has since been revised multiple times and continually refined. The process shaped his work for decades to come.

This is where he lived with his wife and six children. The home was continually upgraded to house Frank's changing life and family structure. The interiors were a combination of art and architecture in every room. But what is more captivating is the way he revised the design to cater to his growing family. Despite its modest scale, the house was arranged around a central hearth and featured shingle style roofing. The long horizontal profile was a key feature. This house was later preserved as a historical landmark that stands to this day. 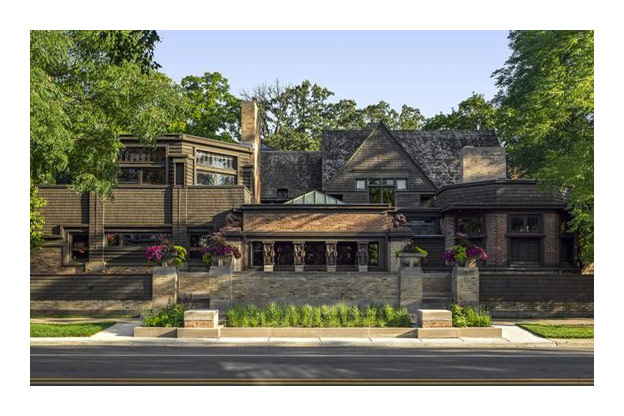 Built on a sprawling 47 acre estate in New Canaan is a house that is now historic. The glass house built by Phillip has perfect proportions and is the definition of simplicity. Being built with inspiration from the architect's mentor, Mies Van Der Rohe. The project was completed in 1949, and is one of the fourteen structures that the architect designed in a span of over 50 years. The elevation features clear glass panels that are 18 feet wide, from floor to ceiling. The landscape that surrounds the house consists of manicured grass and gravel, which makes the ‘wallpaper’ for the home when viewed from within, says Johnson.

The entire house is exposed to the outdoors except for the brick cylindrical fireplace, on the inside. The structure is an example of early use of steel and other industrial material for home design. Each building of the several on the property has different functions to serve. The glass house is to entertain guests. Undoubtedly being one of the most prolific homes built to date, the Glass House is believed to have been the beginning of industrial material usage in home residences. 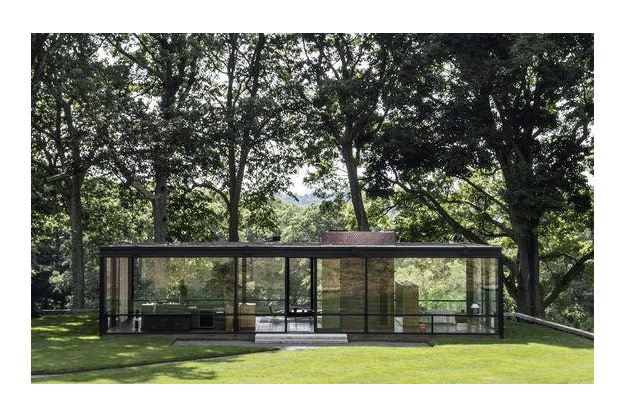 This Casa das Canoas was built by the famous Brazilian architect and his wife for their family. This house is a design amalgamation of modern and organic architectural design. The house does not support the concept of geometric regularity. The design is executed mostly in concrete and is built in the slope of a hill that overlooks the bay.

“And I created the living spaces to be in a shadow, to avoid the need for curtains and allow the house to be transparent, as I preferred.” - Neimeyer

This design does not link the outdoor to the indoor with the obvious, such as huge windows. Instead the flexibility of the material adapts to the uneven outdoor environment. Making the vegetation and structure permeate as one. This creates a harmony of the vegetation that penetrates into and onto the residence with ease. The unique shapes that are created with the concrete emphasizing the structure belonging in nature with rhythm and fluidity. The idea was to shape the environment and adapt to its irregularities. Making this one of the most homogenous homes and a unique one at that. 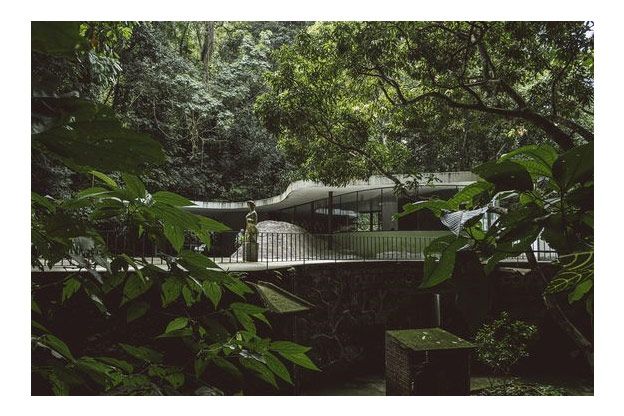 Probably the most interesting example of self-designed homes is this residence by Mr.Gehry. This was an existing home that he and his wife had moved into; then the space was later reimagined and redesigned in unimaginable ways. Gehry's design wrapped around the existing house and extended onto the street. The interior went through a considerable amount of change when the other elements were added onto the existing frame.

The old house was made out of a mix of the conventional material, but the new additions were an ode to deconstructivism with glass and metal. This gave an impression that the house was under construction. Just as the others, this home too went through changes including a big upgrade in 1991 due his two children. But the loud home unique to Gehry's unconventional tastes and design was an unwelcome change to the neighbourhood. Nonetheless Gehry continued and it is now lauded as a national architectural treasure. 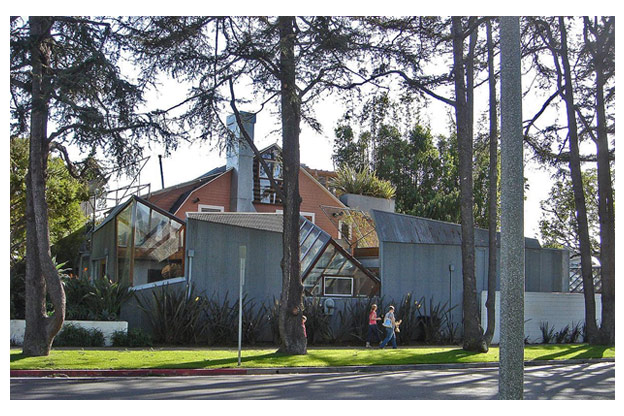 This private house for architect and painter Konstantin Lenikov in Moscow is a project that looks the most unlike a house. It was completed in 1929 and consists of two intersecting cylindrical towers decorated in a pattern of hexagonal windows. The architect preferred working from home and wanted a spacious residence that could house his family. The building looks like a honeycomb lattice made of brickwork. Nearly 60 hexagonal windows employing nine types of frames establish the aesthetic quality of the rear cylinder, flooding the interior with light.

The design was dictated by the fact that material was rationed by the state. During the time of construction, significant rationing of materials by the state was commonplace. So the challenge here for the architect was to use the sanctioned material whilst executing his dream home, this led to a few unique features. The largest room, a 50 square meter workshop on the third floor, is lit with 38 hexagonal windows and an equally large living room has a single, wide window above the main entrance. The wood, bricks and all building material was subject to material rationing, so efficient use was key.

This design was so efficient in its use of material that Melnikov proposed the same structures of intersecting cylindrical buildings for apartment blocks for housing in Russia, which did not materialize. The majority of his work was constructed between 1923 and 1933, of which his personal residence is arguably his best and most innovative work. 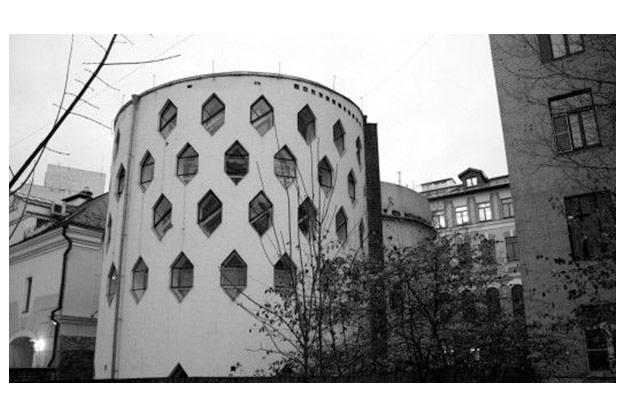