Located across the street from the beautiful Broad Museum by New York–based DS+R is Frank Gehry’s monumental Walt Disney Concert Hall. Located in downtown L.A. and completed in October, 2003. This masterpiece was designed by Frank Ghery as a performance venue to the people of Los Angeles, and as a tribute to Walt Disney’s devotion to art. The most striking feature to this building is the curvy almost ‘dancing’ waves of stainless steel panelled exteriors, which were originally intended to be made out of limestone. As a budget restraint, the decision had been made to change them to stainless steel, which now has become synonymous with the hall's identity.

Frank Gehry: An architect who has never loved by any common practice. He is an award winning designer who spent the better part of half the century, disrupting the meaning of design within architecture. From the Iconic Guggenheim Museum to the Louis Vuitton in Paris, Gehry has proven to the world whimsical design can be executed masterfully. 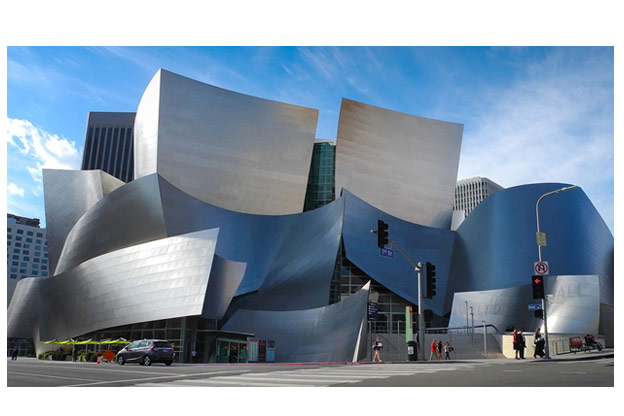 Located in Baku, the capital of Azerbaijan, which was part of the former Soviet Union. In 2007 Zaha Hadid Architects was appointed as design architects of the Heydar Aliyev Center following a competition. The center was designed to biome the primary building for the Nations cultural programs. This design is a break from the rigid, often monumental architecture of the soviet. Aspiring instead to the sensibilities of the newly free country towards a new beginning. The design of the Heydar Aliyev Center establishes a continuous, fluid relationship between its surrounding plaza and the building’s interior. Elaborate formations such as undulations, bifurcations, folds, and inflections modify this surface into an architectural landscape that performs a multitude of functions. During the day this building's sheer volume reflects light constantly altering the center's appearance.

The options are varied and the usually large footprint of the neotenic furniture can be justified in office lobby spaces. Where you don't necessarily need a lot of accessories, but it is more about styling and functionality. Using most of the styling in the office would definitely add an adorable charm to the space along with a unique visual interest of juxtaposition.

Zaha Hadid: Zaha Hadid is a well-known name in the architectural arena, famous for her intensely futuristic architecture characterized by curving façades, sharp angles, and severe materials such as concrete and steel. Celebrated for her deconstructive approach to architecture, this Iraqi born British citizen is also the first female recipient of the Pritzker Architecture Prize in 2004. 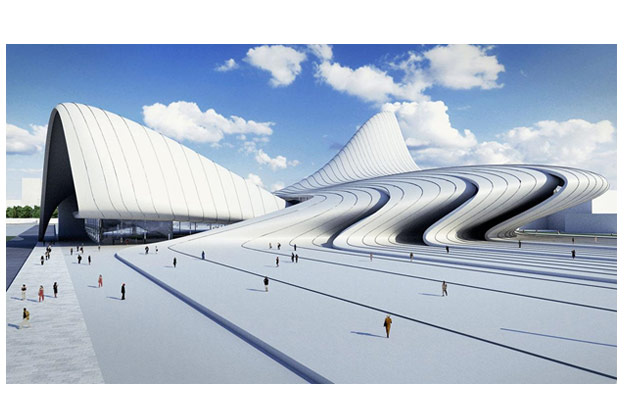 Eisenman won the competition for the City of Culture in 1999 beating proposals by ten varied esteemed architects. Eisenman’s winning scheme, folded into the earth and beautifully represented by a molded wood. Although Eisenman’s proposal indicated eight buildings, today it’s down to six and after a lot of controversy finally opened 12 years after the project was first commissioned.

The centre's curved roofs were partly inspired by the scallop shell traditionally carried by pilgrims to the shrine of St James in the city's cathedral. Originally the design team wanted grass roofs, but found that grass was heavier and harder to maintain than stone. Although it is too early to fully evaluate a complex still very much under construction, already it has defined the skyline overlooking one of Spain's most picturesque and historic cities.

Peter Eisenman: Eisenman is an American architect, whose architecture carries many layers and meanings. Born in 1932 in New Jersey, he is known for his large-scale urban design projects as well as huge scale housing. He is touted as the most influential architects of the late twentieth century and one of the founding theorists of postmordern deconstructivism. 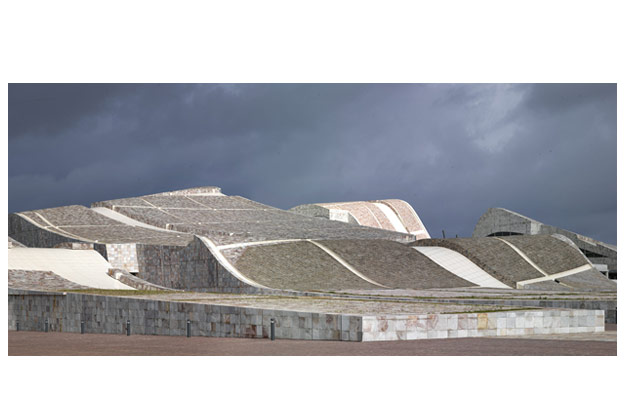 Located in downtown Seattle ; the Seattle Public Library building was completed on May 23rd,2004. The iconic Seattle Central Library, principally designed by Dutch architect Rem Koolhaas and Joshua Ramus from OMA. The Library broke the barrier of standards when it comes to designing a space that is built specifically for the benefit of its users for an overall better user experience within its walls. The building features a glass exterior supported by a steel frame and was designed as an expression of creativity, modernism, and adaptation. The building's floor plan is anything but simple; stand outside the beveled glass-and-metal facade of the building and you can see the library's floors zigzagging upward.

Despite critique or adulation, however, the Seattle Central Library irrefutably stands today as one of the most iconic buildings in the States.

Rem Koolhaas: Rem Koolhaas, a Dutch architect born in Rotterdam, the Netherlands, is known for buildings and writings that embrace the energy of modernity. Well renowned for his striking, often gravity-defying structures, Rem Koolhaas has built a reputation as one of the top architects of the 21st century although he was originally a journalist. Rem Koolhaas and his team at Office of Metropolitan Architecture (OMA) see the power and beauty of deconstructionism in comparison to other forms of architecture. 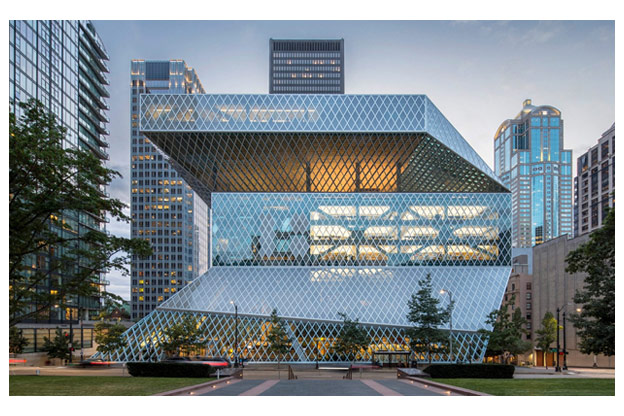