THE ART OF INTERIOR DESIGNING IN CONSTRUCTION INDUSTRY 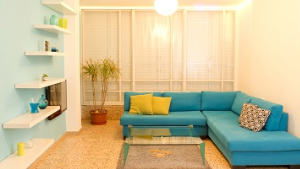 The science, art or process of setting up the interiors of a room, a floor or building is known as ‘Interior Designing’.

Interior Designing and Interior Decorating are two very different fields which are commonly mistaken for the other. The Designer creates space and the Decorator enhances it.

An Interior Designer co-ordinates from the blue print till the execution/ completion of the project.

Limited space for construction requires optimum usage of available space. The most effective use of space, user well-being factor, functionality of the layout and coordination with developers are the most important aspects of Interior designing.

In the past, interiors were put together instinctively as part of the process of building as per the needs and requirements of the stakeholders or developers. Time and space constraints have developed Interior designing into a science. For example, an Interior Designer will have the talent and acumen to fit in a small closet or loft or a washroom into a room when it seems impossible to a layman without compromising on usable space.

The profession of Interior Designing is so vast and has many verticals branching out into specialist designers. There are different Interior Designers for apartments, houses, commercial blocks, offices, hospitals, hotels, schools etc.

In India, Vastu is a very important aspect in construction. As such, the Interior designer is required to guide the erectors of the building on the basic requirements of Vastu.